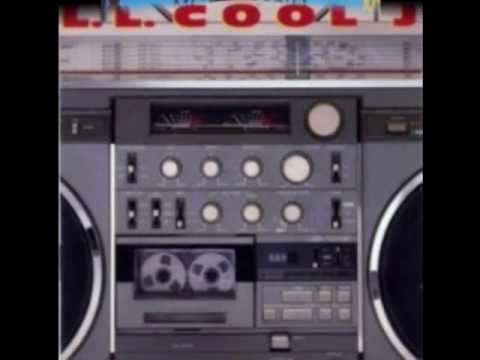 “Rock The Bells” was the third single from LL Cool J’s debut album, “Radio”. It was released in 1985 for Def Jam Recordings, was written by LL Cool J and produced by Rick Rubin. “Rock The Bells” peaked at #17 on the Billboard Hot R&B/Hip-Hop Songs chart. Despite the song’s title, no bells can be heard in the album recording. The song was later sampled by LL Cool J himself for his song “Mama Said Knock You Out”, from his album of the same name. The song is widely regarded as a classic by many in the hip-hop community. Eminem, DJ Jazzy Jeff, and The Roots performed “Rock The Bells” on the VH1 Hip-Hop Honorsprogram as a tribute to Def Jam Recordings, and several artists, including Eminem and Goodie Mob, have referenced the song in their own songs. “Radio” was the debut album of American rapper LL Cool J, released November 18, 1985 on Def Jam Recordings in the United States. It serves as the label’s first full-length album release. Recording sessions for the album took place during 1984 to 1985 at Chung King House Of Metal in New York City. The album was primarily produced by Rick Rubin, who provided a sparse and minimal production style.”Radio” also features a sound that is punctuated by DJ scratching, mostly brief samples, and emphasis of the downbeat. LL Cool J’s b-boy lyricism conveys themes of inner city culture, teenage promiscuity, and braggadocio raps. The album experienced a significant amount of commercial success and sales for a hip-hop record at the time, earning U.S. Billboardchart success and selling over 500,000 copies within its first five months of release. On April 19, 1989, “Radio” was certified platinum in sales by the Recording Industry Association of America (RIAA), following sales in excess of one million copies in the United States. Initial criticism of the album was generally positive, as LL Cool J’s lyricism and Rick Rubin’s production were praised by several music critics. It has since been recognized by many critics as LL Cool J’s greatest work. Reflecting the new school and ghettoblaster subculture in the U.S. during the mid-1980s, “Radio” belongs to a pivotal moment in the history and culture of hip-hop. Its success contributed to the displacement of the old school with the new school form and to the genre’s mainstream success during the period. Its success also served as a career breakthrough for LL Cool J and Rick Rubin.”Radio” has been recognized by music writers as one of the first cohesive and commercially successful hip-hop albums. In 2003, the album was ranked number 478 on Rolling Stone magazine’s list of the 500 greatest albums of all time. James Todd Smith (born January 14, 1968), better known as LL Cool J (abbreviation for Ladies Love CoolJames), is an American rapper, entrepreneur, and actor from Bay Shore, New York.He fell in love with hip-hop at the age of nine, and by 11 he was writing lyrics and making his own songs with some DJ equipment his grandmother gave him to stop him from riding motorcycles or doing karate. Influenced by Grandmaster Flash, AfrikaBambaataa, funk legend Rick James, and pioneers Run-DMC and Kurtis Blow, LL started to create his own rap style.He has released thirteen studio albums and two greatest hits compilations, has appeared in numerous films, and currently stars as NCIS Special Agent Sam Hanna on the CBS crime drama television series “NCIS: Los Angeles”.This channel is dedicated to all the great rap music from back in the day. The music that started the whole hip-hop revolution, the incredible music from the 70s, the 80s, and the early 90s . . . The Roots Of Rap are here!

For music videos of the Old School funk, go to: www.youtube.com/DJBuddyLoveOldSchool

If you like relaxing with some classic Cool Jazz, go to:
www.youtube.com/DJBuddyLoveCoolJazz

If you love jamming to some great Classic Rock, check out:
www.youtube.com/DJBuddyLoveClassicRR

Check out my newer music videos and other fun stuff at:
www.youtube.com/DJBuddyLove3000

If you like college football & other aspects of life at The Ohio State University, go to:
www.youtube.com/DJBuddyLoveBuckeyes

Check out my news videography stuff at:
www.youtube.com/VonReganDavis

Also, check out my youngest daughter (the world’s youngest video producer) at:
www.youtube.com/DaddyzGirl3000

To stay updated about all my projects, please join my Facebook fan page:
www.facebook.com/pages/DJ-Buddy-Love/114720773004?ref=sgm

Author adminPosted on July 12, 2020
Set quality to 1080s! This is the 360° version of: DMT (N,N-Dimethyltryptamine) gives you an experience like no other substance on earth can. The...
Read More

Author adminPosted on July 11, 2020
Set in the present day on a Colorado ranch, THE RANCH stars Ashton Kutcher as Colt, a failed semi-pro football player who returns home...
Read More

Author adminPosted on July 13, 2020
One of the races most appreciated by breeders around the world. ✅✅✅ Know this beautiful fine rooster, its different lines, characteristics and the characters...
Read More